Over the most recent decade on record, only 28 percent of NASA’s “competed missions” had female principal investigators, and NASA over that time didn’t fund any female PI-led mission proposals in two of its four divisions: astrophysics and earth science.

Additionally, a large majority of principal investigators and co-investigators who participated between 2014 and 2020 in NASA’s proposal submission process — funding from $100,000 research projects to $750 million missions — identified as white. Participation among those identifying as Black or African American was under 1 percent in each of NASA’s four categories: heliophysics, astrophysics, earth science and planetary science. 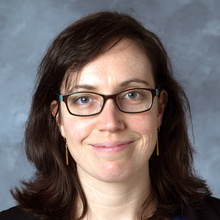 “There are a couple of different barriers, some are systemic and some are interpersonal, or more humanistic,” University of Iowa physics and astronomy professor Allison Jaynes said Wednesday about the diversity gap at NASA during a webinar.

Jaynes — on the 14-member committee that wrote a new report at the center of the discussion titled “Advancing Diversity, Equity, Inclusion, and Accessibility in the Leadership of Competed Space Missions” — said both systemic and interpersonal changes are needed to improve leadership diversity.

“People tend to stick together in close circles, and those groups can be unwelcoming to outsiders,” she said. “Additionally, we found that there is a stereotypical personality assumed for a PI that we don't think fits necessarily the traits that are really required to become a PI. So we push back against that stereotype as well.”

The report stressed NASA needs to bolster its efforts if it wants to make any progress improving diversity, equity, inclusion and accessibility among leaders of its space science missions.

“Several studies have demonstrated that multiple forms of diversity are beneficial to the creativity, innovation, and impact of science teams,” according to the report.

The report looks not only at system barriers within NASA but within the science, technology, engineering and mathematics education landscape and broader workforce. And it proposed near- and long-term solutions NASA should take to meet its diversity goals — like expanding mentoring opportunities and improving data collection.

“Inadequate data gathering, monitoring and reporting are key barriers to NASA’s understanding of the demographics of their proposer pool, and to their ability to measure improvements,” according to the report.

In its broader assessment of the educational and training pathways to NASA, the report found a vast gap between the number of white and underrepresented minorities who receive physics and astronomy doctorates.

“The number of African Americans, Hispanic Americans, and Native Americans combined receiving Ph.D.s in astronomy in any given year has never exceeded single digits,” according to the report. “Significant and concerted efforts may be needed to ensure that the currently small pool of scientists of color have every opportunity to engage in NASA mission-related work and leadership.”

The problem persists across all STEM disciplines, the report said.

“Rooted in racism, sexism, and other systems of oppression, this intentional exclusion historically limited access to STEM learning, degrees, and careers to primarily White men,” according to the report. “The vestiges of exclusionary policies and practices remain apparent today through the lack of diversity across all STEM disciplines, but particularly in physics, astronomy, and other related subfields.”

The committee came up with more than a dozen recommendations.

Among them, it said NASA should create an advisory council on diversity, equity, inclusion and accessibility; develop and publicize a systematic and transparent process evaluating how proposals are reviewed; expand and increase training programs; strengthen and expand its relationship with Historically Black Colleges and Universities; and provide consistent and adequate STEM funding aimed at recruiting and retaining underrepresented minorities in earth and space sciences.