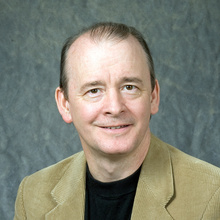 Professor Fred Skiff has been awarded a $660,965 grant from the Department of Energy for a project entitled “Ion Kinetic Degrees of Freedom in a Plasma with Complex Orbits.”

Ionized gases or plasmas occur naturally throughout the universe and have many important applications here on earth including fusion energy, semiconductor manufacturing, and new fields including plasma medicine and plasma agriculture. In all these areas, understanding what plasma does involves understanding how a large number of independently moving charged particles influence their collective behavior - for example in waves. In a very large number of circumstances the individual particle motions can become chaotic. Understanding the collective motion - the waves - which occur when many of the particles are chaotic is an important unsolved fundamental problem. Improved understanding is necessary to engineer improved applications as well as to understand the natural environment in space.

This project involves using advanced laser-based techniques to probe and describe plasma collective motion in a configuration that is as simple as possible, yet which involves a significant number of chaotic orbits. To advance the understanding of plasma collective motion with chaotic particles, the project aims to explore the behavior of plasma in the vicinity of a strong dipolar magnetic field. In this situation, many of the particle orbits, but not all, are chaotic. Using existing theory one can predict how plasma sound waves will scatter from the magnet. Existing theory is expected to correctly describe some wave scattering. At the same time new regimes can be explored which are less well, or simply not, understood – with the goal of pointing the way for how current theory can be extended. Advanced techniques will be used to discover and describe in detail the natural vibrations of plasma in a dipolar magnetic field, where chaotic orbits can play an important role.