LabOratory for the Behavior of the SloT Region mission logo 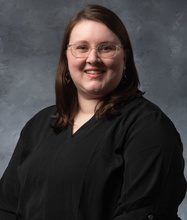 Rachael Filwett, postdoctoral research scholar and adjunct professor in the Department of Physics and Astronomy, has been awarded $149,939 from NASA's Heliophysics Flight Opportunity Studies Program for the proposed LOBSTR (LabOratory for the Behavior of the SloT Region) mission.

The slot region is the region in between Earth’s two radiation belts, this area can be devoid of particles but geomagnetic storms or solar activity can inject particles into this region. NASA’s Van Allen Probes mission observed this region for many years, but the two Van Allen satellites orbited very close to each other, meaning that observations of only a small region of the radiation belts could be made at once.

LOBSTR aims to use multiple CubeSats, spaced out around Earth to get a more comprehensive picture of when and how particles enter this slot region. Due to the intense radiation that exists in this area, more work needs to be done to see if the instruments that are needed can survive in a small satellite like a CubeSat.

As part of this proposal, Assistant Professors David Miles and Allison Jaynes are co-investigators on this project and will be representing the magnetometer and energetic particle instrument that are needed to accomplish our science goals. Dr. Christine Gabrielse from The Aerospace Company is also responsible for the needs of a particle instrument. The team will work with flight NASA Wallops Flight Facility Mission Planning Lab to study the feasibility of this mission concept.