Congratulations Professor Michael Flatté on new funding from the Department of Energy! 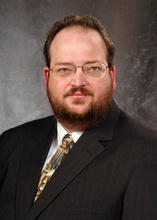 A University of Iowa physicist is part of a research team that has won funding from the U.S. Department of Energy (DOE) to continue to advance quantum science and technology.

Michael Flatté, professor in the Department of Physics and Astronomy, is a collaborator on the research team that received $1.8 million in new funding for three years from the DOE’s Office of Science. The funding supports researchers who are developing the next generation of quantum smart devices and computer technology, which are critical tools to solve pressing national challenges.

Quantum information processing requires quantum entities, so-called “qubits” that can be connected and entangled to make quantum states with no ordinary analogues. To achieve these states, these qubits must be manipulated without losing their entanglement, and this poses a serious problem for current technology. Flatté is designing the qubit connections, and his group has received $464,498 in DOE funding.